All Hail the Print Magazine: Comments on Wes Anderson’s The French Dispatch

Oozing with literary style from the first frame, The French Dispatch, Wes Anderson’s eleventh feature length film, delivers a story about a fictional magazine operating out of a small town in France jam packed with wry performances, stunning visuals, inventive story telling technique, and most importantly, a love of journalism. The structure of the narrative itself is probably the film’s strongest element. Working with a meta narrative featuring a group of reporters telling the story of how they got their stories to turn into the grouchy but loving editor in chief played by Bill Murray, Anderson manages to present audiences with three mini subplots in his signature chapter style with all of the color and sound, and a touch of the wistful melancholy that has earned him a devoted fanbase over the years. Through the characters of J.K.L. Berensen, Lucinda Krementz, and Roebuck Wright, played respectively by Tilda Swinton, Frances McDormand, and Jeffrey Wright, Anderson attempts to touch on the brief but meaningful connections that come with chasing a prize-winning story and the lengths that a devoted reporter will go to out of sheer love for the written word. 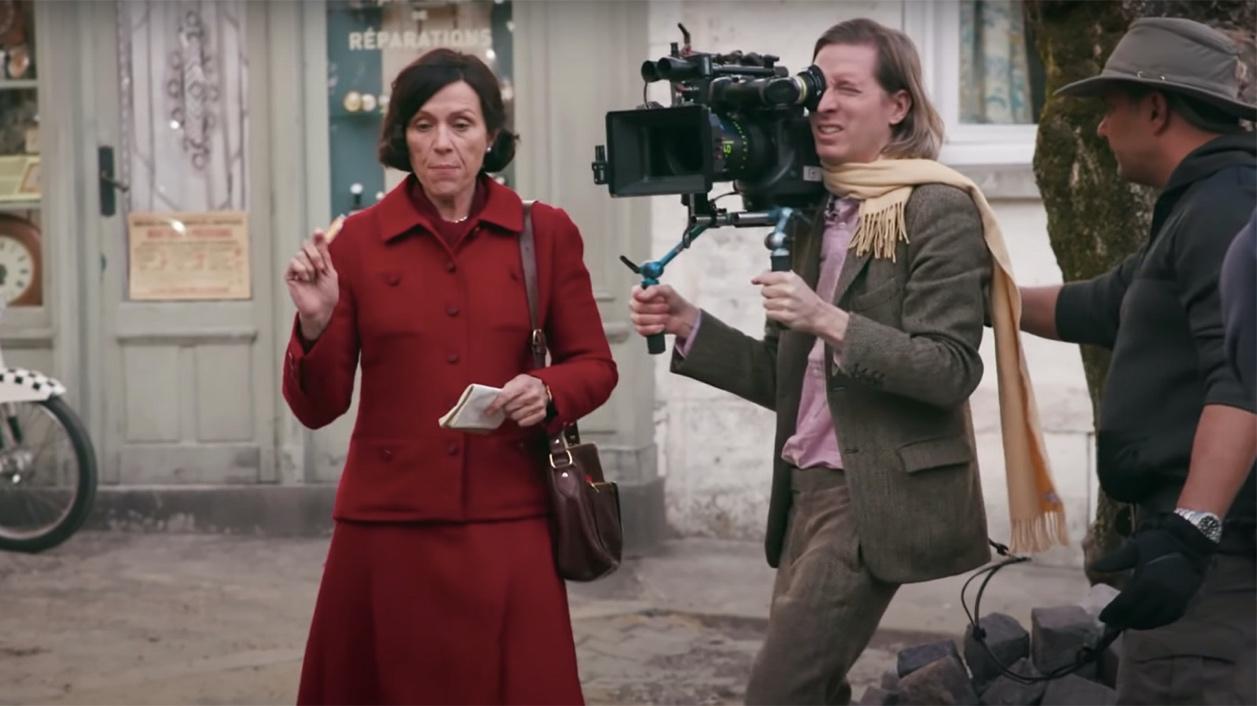 The film places an emphasis on the community surrounding a magazine and the segments that cap the beginning and end of the film paint the staff of The French Dispatch as people who are trying to make sense of their wacky, whimsical world through storytelling. This sentiment carries over into the meat of the film by showcasing the journalist characters interacting with the subjects of their stories and utilizing exceptional worldbuilding techniques to show moments of genuine human connection in the midst of larger than life stories about a prisoner turned painter and the unlikely bond he forms with the guard on duty, student protests that lead up to a game of chess with the mayor, and dinner with the police chief that turns into a heist thriller tinged with moments of finding your true place in the world. At the end of the film, when the issue of The French Dispatch the movie focuses on is finished and ready for print, we see the staff bond over a brief ‘what now’ moment before immediately going back to work on the next issue. In the context of the film, The French Dispatch is all that these characters know, and all they will ever know, and with each issue they publish, they will be searching for new content, new stories, and new connections. With a film such as this one, Anderson may be urging all of us that think the same way that he does, those of us that write like our lives depend on it and enjoy the precise processing of written publication to always keep moving forward and to always do it for the love of the story.